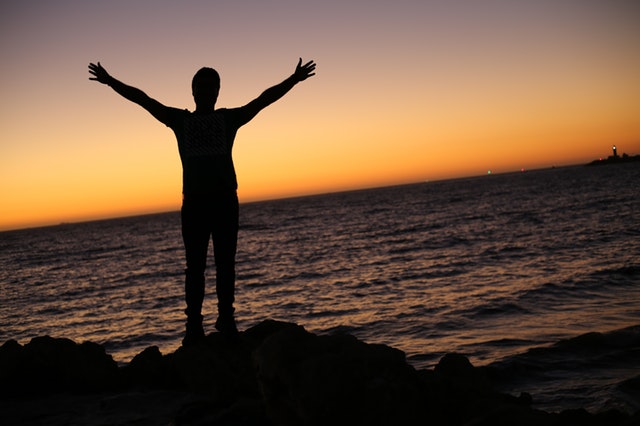 “When the Lord brought back the captives to Zion, we were like those who dreamed.” Psalm 126:1

Some of you are seeing years of dreams come true.

Others are desperately crying out for them to be reborn.

Still others have never dreamed because you were never given permission.

Press on to take hold of that for which Christ Jesus first took hold of you! Philippians 3:12

I invite you to step into the waters.  To hope again.

The Levites carried the Ark of the Covenant, which represented the very presence of God. The Lord commanded them to walk ahead of the army, to step their feet in the water, and see the miracle of the Jordan parting for them to pass through … cross over … to the Promised Land. Warriors would battle in that land to “take” what was given to them. (Joshua)

But the presence carriers first had to obey. They had to trust. They needed to go first in faith and stand in the river (Joshua 3:8). They had seen this before … with Moses, right? God led His people out of captivity through the Red Sea, and He now was leading them into the land of promise through the Jordan.

This is the same with us today. We need His presence to go before, especially when we are coming out of captivity and entering the promises He’s given us …
Those works set for us from the beginning …

Psalm 126 (quoted above) says when Israel returned from captivity they dreamed again. They had wept much but joy now filled their hearts.

Would you dream again? And by His power, with His presence, step out in faith?

Nothing replaces the Secret Place of worship in His presence where you build intimacy with Him and Hear His voice.  But we have an opportunity to come together in live worship to surrender in a deep way, to hear His voice, to encourage one another in the Word.

It is the day to gain strength for the journey, to let faith arise, to abide in His presence, and to walk forward as He calls. (Although some have been striving and are finally free to let go and wait!)

Be blessed in the Lord today!  Walk with Him.  Hear His heartbeat.  He is so good.  Nothing is impossible for those who believe and are called according to His purposes.

With His every blessing …